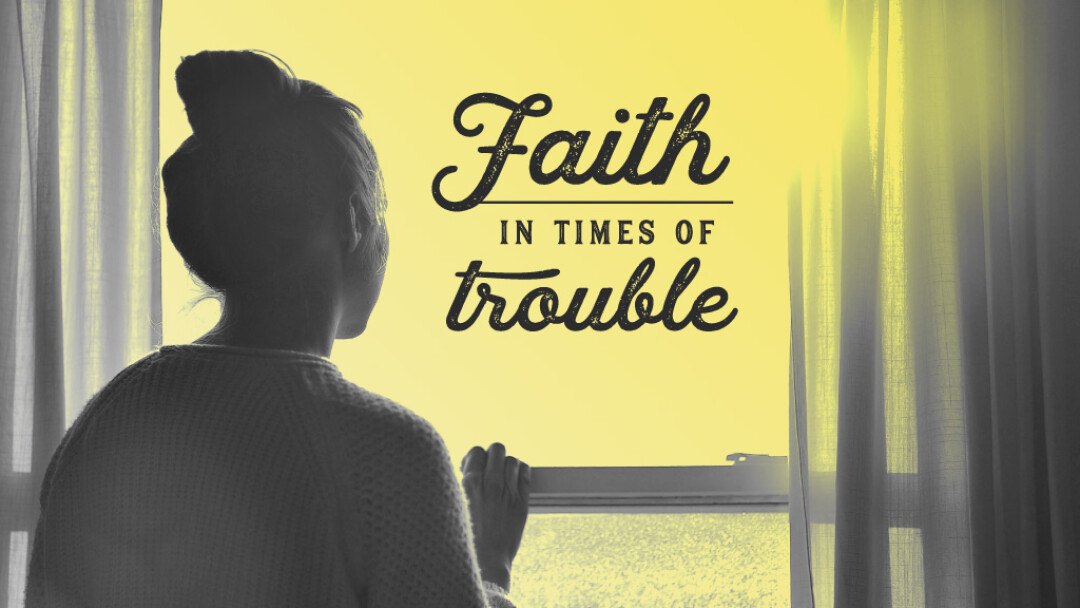 I will stand at my watch
and station myself on the ramparts;
I will look to see what he will say to me,
and what answer I am to give to this complaint.

The Lord said to Job….

Then Job answered the Lord…

This past month we have been studying the small-but-powerful book of Habakkuk. It’s only three chapters long, so I encourage you to take the time to read through it entirely today if you can.

Habakkuk writes during the final days of the southern kingdom, as Babylon’s impending invasion approaches. As with most prophets, he speaks of the grievous injustice and idolatry that has become the cultural norm—but unlike most prophets, Habakkuk does not preach a warning to Israel. Instead, this book is a dialogue with God.

In the first two chapters, Habakkuk has a back-and-forth with God regarding the same issues and laments we all tend to raise when we’re hurting: Why does God allow so much evil in the world?

First, Habakkuk raises the problem of internal corruption among his own people: the wicked oppress the righteous, the powerful exploit the vulnerable. God answers with a solution: the Babylonians are coming to level the nation, unwittingly acting as agents of God’s justice.

But Habakkuk is not pleased with this response. After all, he counters, the Babylonian empire is even more evil, more unjust than his own people. How can this be God’s righteous solution?

God agrees. In a long litany of woes, God shows Habakkuk that Babylon’s evil has not gone unnoticed, nor will they be allowed to rule through injustice and violence forever. Nations who extort the weak and oppress the poor have the Lord to answer to.

Long before the Babylonians approached, Abraham appealed to God at Sodom and Gomorrah, Moses appealed with Yahweh in the wilderness, and Job confronted God with his views on suffering. Long after the Babylonians are toppled, Jesus will be confronted by His close friend Martha, who through grief and anger will complain that Jesus should have come when he was called.

From beginning to end, the Bible introduces us to a God who cares. He listens. He feels. The God of love is bringing justice to the world. He created and nurtures and sustains all creation with the intention of redemption, and in the meantime, exists in a real relationship and dialogue with us all.

Questions for reflection and discussion: Do you dialogue with God during times of suffering? How does God respond to questioning? What is God’s ultimate plan for creation?